Did Somebody Say BBQ?!

Barbecue is an American staple. You find it shared at family gatherings and every patriotic event. But where did it originate?

When the Spanish landed in the Caribbean in the 1500’s, they used the word barbacoa to describe the natives slow cooking meat over a raised wooden grate.

A few centuries later, fast forward to barbecue popping up in the American eastern and southern colonies due to its low cost.

One of the best things about barbecue is that a lot of food can be cooked all at once! 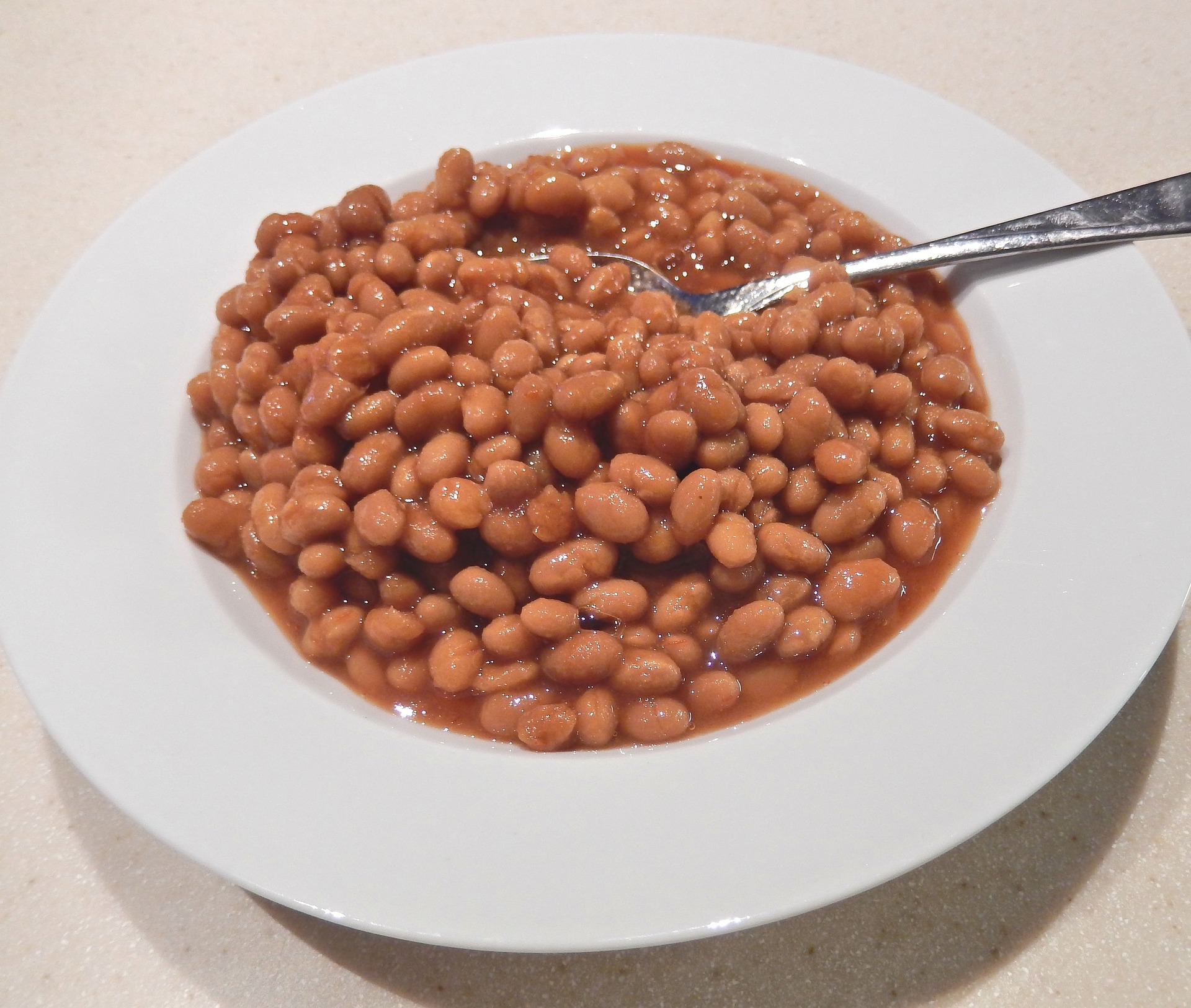 Baked beans are a classic side dish for barbecue because they can be served hot or cold, or even directly from the can!

Beans are a part of the plant family called legumes. A legume is a plant that makes seeds in a pod. Beans are kidney shaped, which is what distinguishes them from peas and lentils. Did you know that America is the number one producer of beans in the world and each year US farmers plant 1.5 to 1.8 million acres of dry beans?

Classic baked beans are processed beans that have been made from dry beans. After being harvested, dry beans go through conditioning where foreign materials, broken beans, stones, and discolored beans are removed and then cleaned. This allows the similar remaining beans to cook better together. Next the beans are blanched and placed in cans to brine.

What is your favorite kind of baked beans? 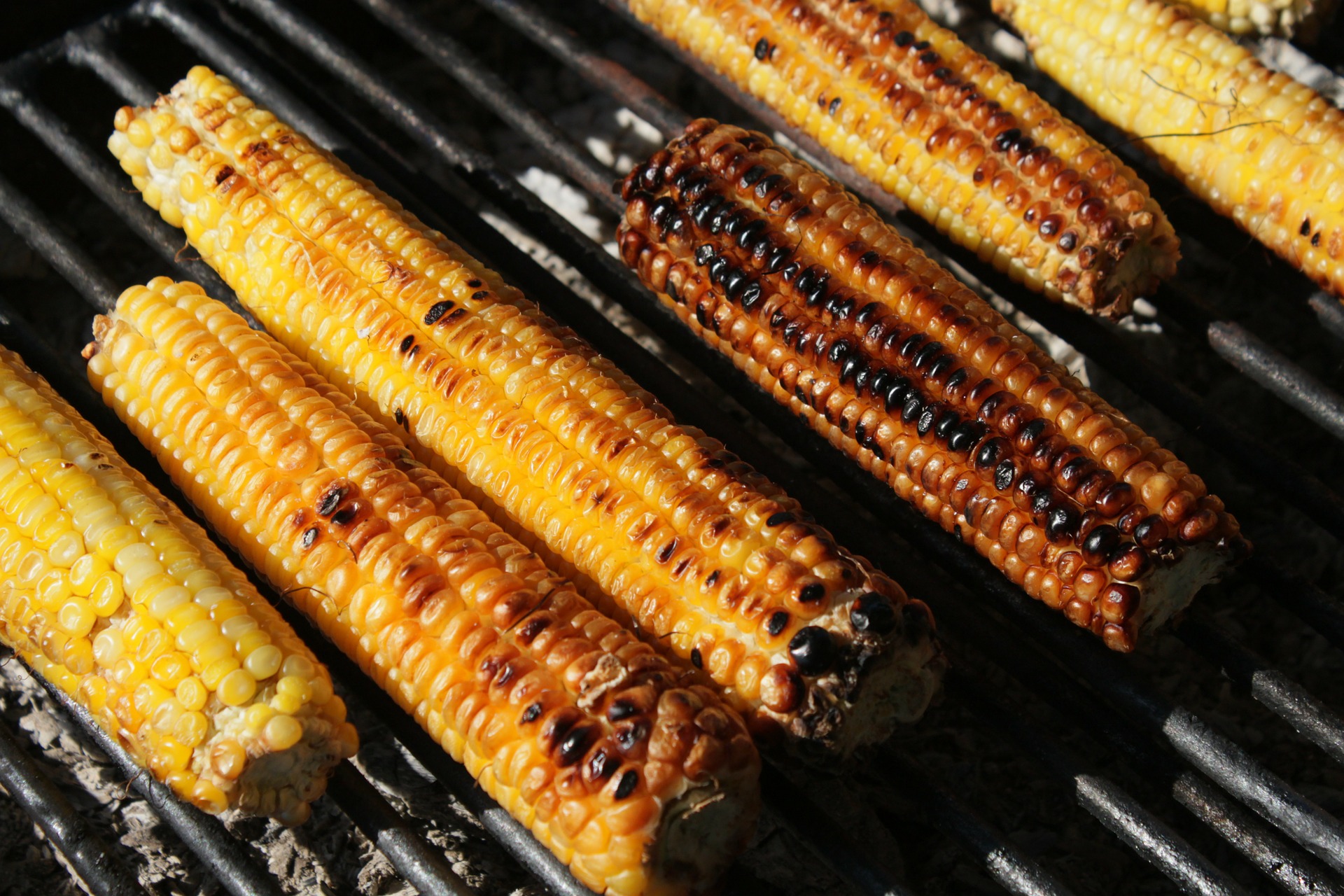 Corn on the Cob

Corn seeds, or kernels, are planted with a piece of machinery called a planter. Corn is planted in the spring, so the soil is warm enough to germinate, or develop. The corn plant tassels, or bits of silk on the top of each ear of corn, produces pollen to pollinate other kernels.  Each corn plant produces one or two ears of corn and when they are ready to harvest, they are harvested by a combine. The combine separates the kernels from the ear and the rest of the corn plant.

Did you know that there are two different types of corn? Sweet corn and field corn are closely related, but not the same. They look different and are used for different things. Field corn grows much taller and has fuller leaves. It does not taste very sweet, so it is primarily processed into corn meal or corn flour. Field corn takes longer to harvest than sweet corn to dry out the corn. Sweet corn is shorter and has brown silks at the top of the plant when it is ready to harvest. Sweet corn is what you eat and makes for a great corn on the cob!

Good corn on the cob begins with selecting the freshest cob. The husks should be bright green and be tightly wrapping the corn. The kernels should be plump, milky and laid out in a straight row. Americans grill corn in the husk or naked (without the husk), but there is no right way to grill corn! Keeping it in the husk keeps it moist and protects the kernels form scorching. And grilling the corn naked caramelizes the sugars in the kernel that makes for a great sweet flavor.

Pulled pork comes from pigs. Pigs eat feed mostly made of corn, soybeans and wheat to stay healthy. Male pigs are called boars or barrows. Female pigs who aren’t mothers are called gilts. Females are then called sows after they have babies. And a newborn pig is called a piglet. A sow usually has 10-12 piglets per litter and can have up to two litters per year.

Meat from pigs is called pork. You can find all types of pork like pork shoulder in your grocery store and use it to make pulled pork for your next BBQ. However, other parts of the pig can be processed into useful things like gelatin in desserts and the bristles in paintbrushes. Pork has many vitamins and minerals needed for good nutrition. 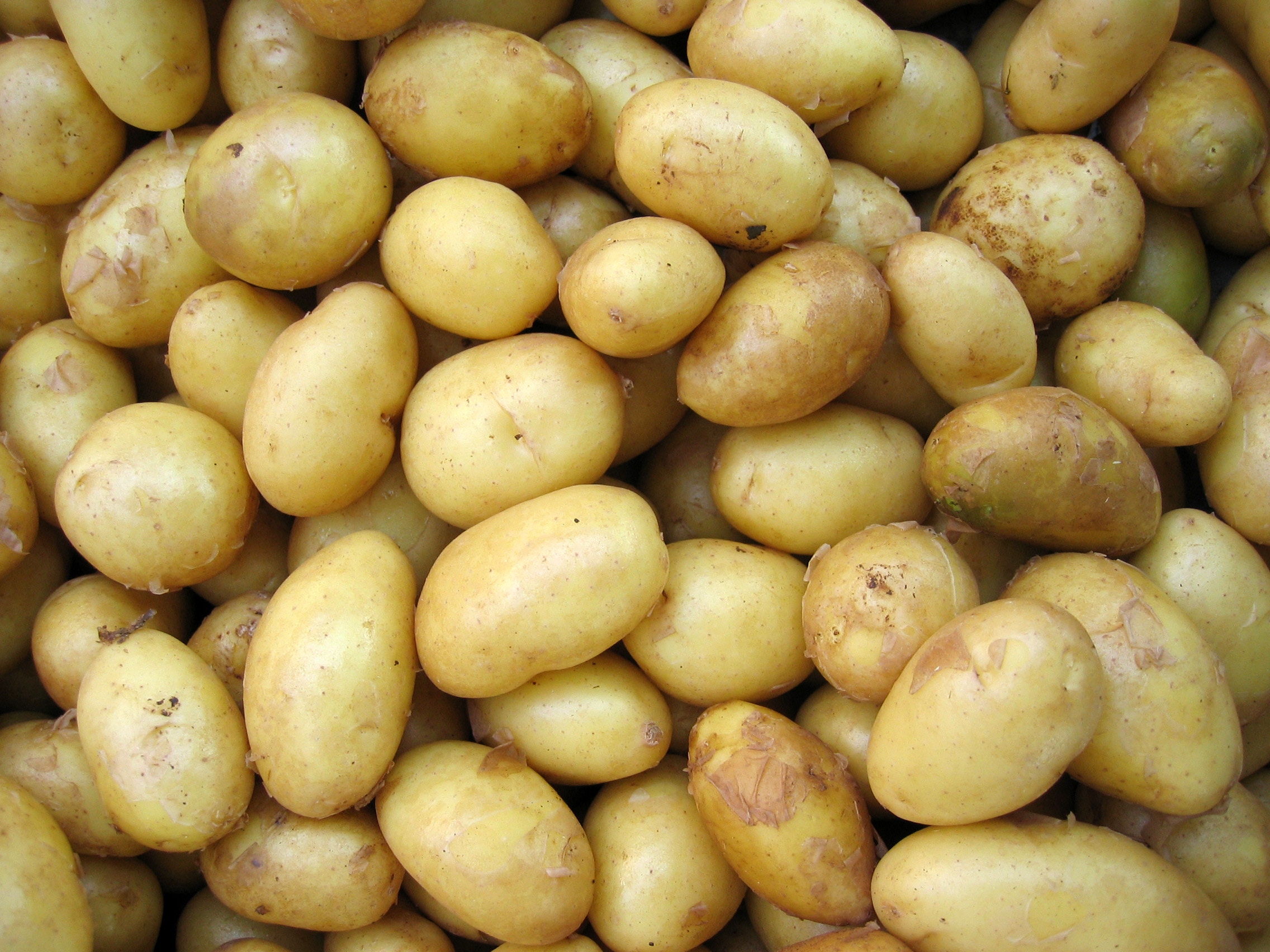 The potato was first cultivated around 200 BC by the Inca Indians in Peru. Potatoes were then discovered during the 16th century in South America by Spanish explorers and brought back to their homeland, and ultimately in the 19th century potato salad was present in America. Did you know that American potato salad is the only type that includes mayonnaise?

Potatoes are a vegetable that give us energy because of the starch and carbohydrates present in them. But how do potatoes grow? Potatoes are a root crop, this means that the edible part of the plant is the part that grows in the dirt. They are planted from the buds or ‘eyes’ of an existing potato. Potatoes need to be planted in loose soil, to ensure there is enough room to grow. After being planted, potatoes require a lot of sunshine to grow their best. It will take about 100 days after being planted for potatoes to be ready for harvest. To harvest them safely, you dig them out of the ground with a potato fork; you will notice that they are ready when the green tops have turned brown and wilted.

Want to know more about other types of barbecue foods, like cheeseburgers and brisket?

Here are free resources on beef!